“There is nothing that can’t be done. If you can’t make something, it’s because you haven’t tried hard enough.” – Sakichi Toyoda.

You have seen the meaning of excellence, and it is now time to focus your mind on working towards it. It is a negative attitude when students who are not performing well in a particular subject console themselves by pointing to other failing students. They fail to look at those ahead who are doing excellently well. There’s a quick real-life story to explain further.

Sakichi Toyoda was a Japanese inventor, industrialist, and the founder of Toyota Industries Company Ltd. His father was a carpenter and farmer, and Sakichi was an apprentice of his father. From the age of 14 or 15, Sakichi began to think about ways in which he could be helpful to the people around him and serve his country. When Sakichi was twenty years old, he decided to leave his village and travel to Tokyo. There he saw modern factories that made use of the latest machinery. He became so fascinated with new technology that he developed a passion for machinery and engines.

After he had returned to his village, he started studying familiar objects in his immediate environment. He devoted himself to improving the hand loom, which looked cumbersome and was not easy to use. Many years later, he encountered challenges in his development of the textile looming machine design. Kiichiro Toyoda, the son of Sakichi Toyoda, said they could steal their machine designs but not their excellent attitude of continuous improvement.

Sakichi’s attitude towards excellence was seen in his moving from the village. It appeared the rural people were not improving themselves as much as the people of Tokyo, which was the centre of constant improvement as seen in their latest machines. You can learn something from this action of Sakichi. From time to time, you will need to expose your mind to an environment or friends where you can find tireless continuous improvement to getting better.

After exposing his mind to the latest machines of his time, Sakichi went back to his village and started spending his time on improving the textile looming machines one step at a time. So also exposing your mind to excellence is to the end that you are always spending time on things that help you improve your academics and life in general.

From when Sakichi started constantly improving on the textile looming machine to our present-day Toyota cars everywhere, we can conveniently say working towards excellence is worth it.

I look forward to hearing from you in the comments section to know what you learned from this article. You can also be free to ask any question for clarity on working towards excellence in your academics, career and life in general. 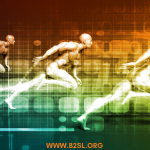 EXCELLENCE: AN ATTRACTION FOR ALLBlog 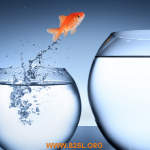 EXCELLENCE IS NOT A COMPETITIONBlog