BELIEF – THE FOUNDATION FOR SUCCESS

Belief is trust, faith, or confidence in someone or something. Belief in oneself is usually the difference between success and failure most times. If you do not believe in yourself or your abilities, no other person will. It is important to stress, though, that self-belief is not blind arrogance.

The story of Jack Ma, founder of Alibaba, should interest you. Ma was born in Hangzhou, China, in 1964. He failed many times in both primary and middle school. He failed the university entry examination three times. He was rejected by the Police Force when he applied. Harvard university denied him a place to study 10 times! A company he tried to work for rejected him thirty times! When KFC came to his city, they employed all the other 23 applicants except Ma!

Despite his failures, Jack believed in himself. He managed to get a job as an English teacher and earned very little money, after which he started a translation service business. Although Jack did not know computers or coding, he was able to start an e-commerce website known as Alibaba. Investors criticized this idea as unprofitable and unsustainable, but Alibaba believed in himself! He did not only build the business but was able to challenge established e-commerce businesses like eBay in China and successfully chased the company out of the Chinese market. Today, Alibaba is one of the world’s largest conglomerates.

Stories like this teach us that it doesn’t matter how many times you fail, or how often people reject you or do not believe in you; If you believe in your dreams and yourself, and you are consistent, the chances of success are very high.

What are the areas of your life where you doubt your ability to succeed? Identify them and work to overcome them. We love to hear from you because we are here to help!

Please post your comments in the section below if this article has inspired you.

Bessy Ebule is the Project Director at B2SL, where he works to encourage personal development and build success networks. You can contact him at bessy.ebule@b2sl.org. 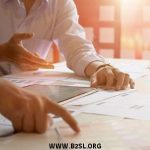 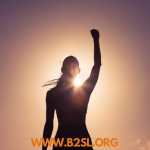 WHY YOU SHOULD BELIEVE IN YOURSELFBlog