“Believe you can, and you’re halfway there” – Theodore Roosevelt.

Everyone has dreams they want to achieve. But dreams don’t just turn to realities overnight. One of the most critical factors that can turn dreams into reality is self-belief. When people have self-belief, there is no limit to what they can achieve. You might not have the kind of support you need from parents, peers, and even teachers, but once you believe that you can do it and back it up with purposeful actions, you surely would achieve it.

When you add resilience to self-belief, success is inevitable. People who believe in themselves must have a resilient spirit even when they do not work according to plan. When they have a thousand reasons to give up, they continue to pursue their dreams because of their belief. If they want to give up, they remember their goals and are inspired to continue striving for success.

A lucid example of how self-belief can birth success is the light bulb’s invention by Thomas Edison. Thomas Edison was criticized and denounced at several points in his life. His teacher believed he was “too stupid to learn anything.” He lost his first two jobs for being “non-productive,” but he still became a world-known inventor and scientist. He didn’t allow those around him who didn’t believe in him to limit him. He continued striving, working hard and unrelenting till he achieved his goal. His famous invention, the light bulb, didn’t come easy. He tried but failed 1000 times. He didn’t believe in failure; instead, he had the mindset that every setback was a step closer to achieving the dream of the light bulb’s invention. That is what self-belief brings.

Self-belief comes when you realize that you are the driver of your success. Once you believe you can achieve your dreams and work hard to achieve them, you will surely achieve them.

Let’s continue believing in ourselves. We’ll love to hear your comments, questions, or experiences in the comment section below.

Noble Uzoagba just finished his senior secondary certificate exam. He is dedicated to success in his academics and future career. He is a member of B2SL Success Hub. 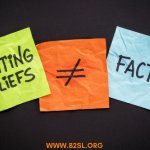 LEARN TO BELIEVE IN YOURSELFBlog 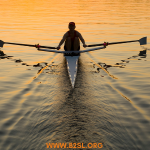