It is not uncommon to see an individual excel more in a field than another despite both giving their best to achieve a goal. Coming down to the academic setting, a student may marvel at why another student always receives literary prizes even though they both learned under the same set of teachers, in the same classroom, and at the same time. Many ask the simple but essential question: What exactly differentiates the successful from the unsuccessful?

You may have noticed that some people put in their best effort and yet fail. Unsuccessful people may be hardworking. Belief is a certain quality that successful people cultivate, nurture, and display. In the conversation on success, we cannot overemphasize belief. Belief is a feeling of being optimistic about succeeding in a journey one is about to take, or a journey one is in already. According to Gordan A. Eadie, “If you do not stand for something, you will fall for anything.” He points out that there is an inner driving force that propels an individual to take a step. That force is the force of belief.

Ben Carson is a perfect example that comes to mind when we think about belief leading to success. Ben believed that he could improve in his academics and make an impact in the world. As a result, Ben always went to the library to read, shunning frequent viewing of TV programs. If he did not believe in the first instance, he would not have taken the step to improve himself and get to the point he is now.

No successful man reaches that point of success without belief. The road to success is not smooth but filled with obstacles. It is the belief that gives one the determination to overcome these obstacles. When you believe, you have the motivation to make sacrifices. No man ever ventures into an investment he knows will be fruitless. However, belief in excellence gives an individual the positive mindset that all struggles would pay off sooner or later.

In conclusion, belief will pay off because it propels an individual to take a step towards the journey of success. It also enables one to cultivate the qualities that are essential to success, such as hard work, persistence, and determination, etc. So, it is indeed not fictional to say that belief pays.

Emmanuel Ajah is a Secondary School student in Nigeria. He is dedicated to success in his academics and future career. He is a member of B2SL Success Hub. 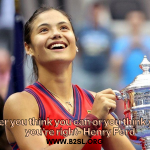 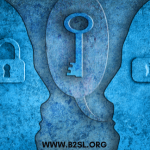 KNOWLEDGE IS THE KEY TO A SUCCESSFUL LIFEBlog