WHY YOU SHOULD BELIEVE

Whether you believe you can do a thing or not, you are right– Henry Ford.

Henry Ford revolutionized the automobile industry in America and the world. Henry believed that middle-class Americans could own a car of their own. He achieved this dream by building the Model T, which most Americans drove by the 1920s. The Model T was $825 in 1908 and was regarded as very cheap then. The car was also straightforward to drive and simple to repair. This revolution took place in an age when horses were still used to pull wheels from one point to the other. Henry Ford sparked a revolution that would replace horses with engines. That was a very daring move!

Ford’s parents were farmers, and his father expected him to take over the farm when his mother died. But Ford did not want to farm. He occupied himself with repairing watches and working on engines. Ford left home after his mother’s death to work as an apprentice machinist. When he returned home, he worked on building a steam wagon, and by 1892, Ford built his first car, which he drove around for over a thousand miles between 1893 and 1996. In his writing, Ford wrote that the machine was going partially to his satisfaction. Ford was able to achieve his dream even though it took some time because he believed. All plans take time to come true in the school of success.

What can we learn from Henry Ford? He had a dream that middle-class people could own and drive their cars. In those days, only rich people could afford horses and carriages. So, Ford was looking for a way to make life easier for other people. Imagine the number of car manufacturing companies we have in the world today. Secondly, Ford was determined to achieve his dream. He could have been a farmer as his father wanted him to be, and there is nothing wrong with farming. But Ford knew that there was something else inside of him that the world needed! That should be everyone’s driving force.

Most people will succeed if they believe, and that includes you. Other people may not think that you can achieve the dream, but it is up to you to continue to fight for what you believe as far as it will positively impact the world. The plan may not be building an automobile like Henry Ford; it could be you wanting to join a local volunteering group or starting something that will impact your community. Maybe you want to clean your compound or water the flowers. Your dream can only become a reality if you believe in it.

No dream is too small to achieve because all dreams require time and effort to become a reality. Remember that successful people extraordinarily do ordinary things!

Identify your dreams and chase them with all your strength. Believe in them, and you will see them likely come to pass. I will be happy to hear the dream you have decided to pursue in the comments section below.

See you at the top. 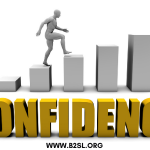 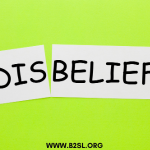