THE RESULTS OF HARD WORK

Antoine Griezmann, the French footballer, once said, ‘With hard work and effort, you can achieve anything.’ I genuinely believe that virtually everything substantial is impossible to achieve if one doesn’t work hard. It is clear that hard work comes with pain and sacrifices, but one sure fact is that a hard worker is on the right path to achieve his dreams.

So many great inventors, leaders, pacesetters began life at a place of disadvantage. Maybe they didn’t have good primary schooling or the necessary funds to achieve their dreams. But what did they do? Sit back and watch and blame life? No! they worked so hard, paid so many sacrifices, and got the reward in the end. They pulled of marvelous discoveries and inventions. Some others broke massive records, making them so famous that they became famous worldwide even after their death. That is what hard work can bring.

Here are some of the benefits of hard work:

Hard work brings success: John Carmack, a successful video gaming technologist, said, “focused hard work is the key to success.” John’s statement is as valid as it could be. The little effort, the little step in the right direction, is what sets one up for success. We’ve seen this in the career of some great sportsmen, how the amount of work they put in brought them to a great level above others.

Hard work brings self-fulfilment: Let’s say you have an exam, and you put in long night hours to read and prepare. After this, you write the exam, and when the results are released, you find out that you did amazingly. How would you feel? Happy with yourself, right? That’s the kind of self-fulfilment that comes with working hard.

Hard work brings recognition: It doesn’t matter how talented one is. If he doesn’t work hard, he won’t be recognized. Anywhere a genuine hard worker is, his results would always bring about recognition and recommendation.

In conclusion, hard work pays as Lou Holtz, a sportsman, sums it up by saying, “winners embrace hard work. They love the discipline of it, the trade-off they’re making to win. Losers, on the other hand, see it as punishment. And that’s the difference”. Try to work hard from now and enjoy the benefits.

Noble Uzoagba is a student. He is dedicated to success in his academics and future career. He is a member of B2SL Success Hub. 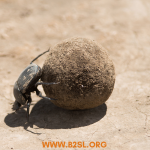 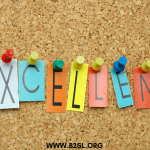 WHAT IT MEANS TO HAVE A MINDSET FOR EXCELLENCEBlog