WAYS TO BOOST YOUR BELIEF

“The moment you doubt whether you can fly, you cease forever to do it” – J.M Barrie.

Belief, as we already know, is a strong feeling of confidence that we have, most especially in ourselves. A person with belief knows their worth and value while a person with disbelief will constantly look down on themselves and settle for the lesser results when they deserve something better.

Most, if not all, humans have but one general inclination, that of doubting if they could achieve a task even before embarking on it. A student preparing for an examination may begin to doubt if he would be able to pass. But the power of belief cannot be overemphasized. Attesting to this, Theodore Roosevelt, a one-time president of America once said; ‘Believe you are there, and you are halfway there”. Since belief is instrumental in achieving any feat, it is then important to ask; How can one boost one’s belief?

First and foremost, never get intimidated, rather turn any intimidation into a challenge. Many times, we do not believe in our ability to achieve something simply because we know others who we think are superior to us. A student preparing for an examination may feel overwhelmed because other students in his class are better in certain subjects than he is. This may make his belief begin to dwindle. To boost his belief, he needs to see the intimidation as a challenge that would prepare him to study better and be a better version of himself.

In addition, one cannot just dismiss the power of belief that comes from attempting mini tasks. A footballer who doubts if he would score many football goals in a football competition may decide to first of all practice playing football matches with others. As he does this, he may eventually come to see that he has the potential to score goals. This in turn will boost or give him the confidence needed for the main match.

Be positive. The journey to success is not problem-free. Do expect to cross hurdles. When faced with a challenge, most people keep dwelling on the negative side of that challenge. Do focus on the positive part of the challenge, always realizing that each time you subdue a mountainous problem, you come off stronger.

Benjamin Franklin, An American Polymath, and Political Philosopher once said ” You can do anything you set your mind to” which means we can believe in ourselves if we want to but know that believing in yourself doesn’t mean you won’t encounter problems or challenges on your way to success, only that believing in yourself makes you strong and ready to be able to overcome them.

We look forward to your contributions and questions on the topic for the week so we can talk more about boosting on achieving success.

Beatrice and Emmanuel are post-secondary school students. They are dedicated to success in their academics and future careers. They are members of the B2SL Success Hub. 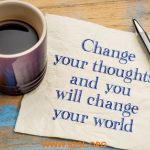 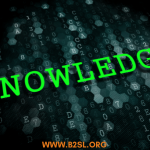 THE UNENDING CYCLE OF KNOWLEDGEBlog