BE REALISTIC IN YOUR QUEST FOR EXCELLENCE

“Excellence is the unlimited ability to improve the quality of what you have to offer.” – Rick Pitino.

Being realistic is always very important, so you don’t have to start a journey without knowing where you are coming from or where you are going. It would be best if you had a practical idea of what you could expect to achieve. For example, how many steps can you take in a day? How many pages can you read in a day?  In your quest for excellence, you must be very clear about what distinction is and what it is not. With such clarity, you will achieve excellence in your academics and career in the face of seeming mediocrity.

With that out of the way, you will agree that most people look forward to achieving excellence in their endeavor, but not many do. The challenge in most cases is that they don’t know what excellence is and is not, so they end up treading the path of mediocrity, doing far little below their ability.

Excellence is not just about getting the significant results that everyone celebrates. It’s more about having small wins here and there that accumulate into the bigger goal. We can see this clearly from Max Verstappen, the 2021 Formula one (World car racing) champion.

At the 2015 Australian Grand Prix, when Max Verstappen was aged 17 years, 166 days, he became the youngest to compete in Formula One. From then till 12th December 2021, when he won his first Formula one Championship, he has always been having small wins here and there right from the lower level.

When Verstappen was in the lower level (Formula three) where the whole world was not much focused on, he kept making small wins that took him from Formula three to Formula two before he eventually made it to Formula One. Since getting into formula one in 2015, he kept challenging and getting small wins before becoming the world champion.

We can see clearly that his quest for excellence had always shown since he was in Formula three. So, you don’t have to get to the very top to do things excellently well. You can be excellent even at the lowest level by having small wins. Apply the principle in the next skill you intend to learn. Learn a bit today, and another tomorrow and so on. Before long, you will become a champion if you are consistent. As the ancient saying goes, “the journey of a thousand miles begins with a step”.

Let me know what your thoughts are about the topic and ask questions if you have any via the comment section below. 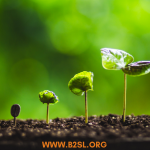 HOW TO DEVELOP A GROWTH MINDSETBlog 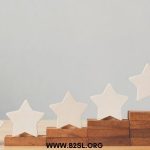 AN EXCELLENT MINDSET TAKES YOU CLOSER TO YOUR GOALS.Blog