“I think that my biggest attribute to any success that I have had is hard work. There really is no substitute for working hard”. – Maria Bartiromo.

Over time there has been misconception and out-of-context explanations about hard work and ‘smart’ work. Some people try to shy away from the fact that you need hard work to succeed. Unfortunately, no successful person got there by not working hard and still making progress by the same hard work.

There is no such thing as ‘smart’ work without hard work, but there can be hard work without brilliant work. After working hard, you seem to be working smart because of lots of experiences from working hard. Innovative work is simply putting your hard work effort in the right direction of success. On a lighter note, we now have smartphones everywhere because we have people who worked hard on several phones to get us to where we are today.

In 2002, Elon Musk, one of the world’s richest men, founded SpaceX with one of his goals to decrease the cost and improve the reliability of the access to space, ultimately by ten. The first three launches of the rocket to achieve this between 2006 and 2008 all resulted in failures. These failures almost ended the company as Musk planned financing was to cover the costs of only three launches. Tesla, SolarCity, and Musk personally were all nearly bankrupt at the same time as well. Musk was reportedly “waking from nightmares, screaming and in physical pain” because of the stress from the hard work to turn around the failures.

After putting so much effort and failing, it felt as though he was not being clever. However, things started to turn around when they achieved the first successful launch on the fourth attempt on 28 September 2008. Years later, after the success achieved from much effort, Elon Musk is now being seen and talked about as one of the most intelligent persons alive today.

By now, this should be clear that it’s not just enough to have clear goals like Elon Musk, but you must be ready to put in the needed effort to achieve them. Never think you are not being smart enough when you are failing. If you keep putting in the required consistent effort, you will eventually become someone the world will count as bright, just like Elon Musk.

I look forward to hearing from you in the comments section on your current journey working hard on one goal or the other. You are also free to ask questions where you need clarity. 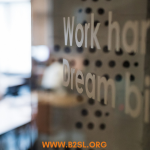 DEVELOPING THE SPIRIT OF HARD WORKBlog 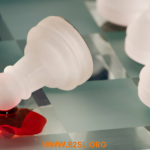 THE RESULTS OF HARD WORKBlog